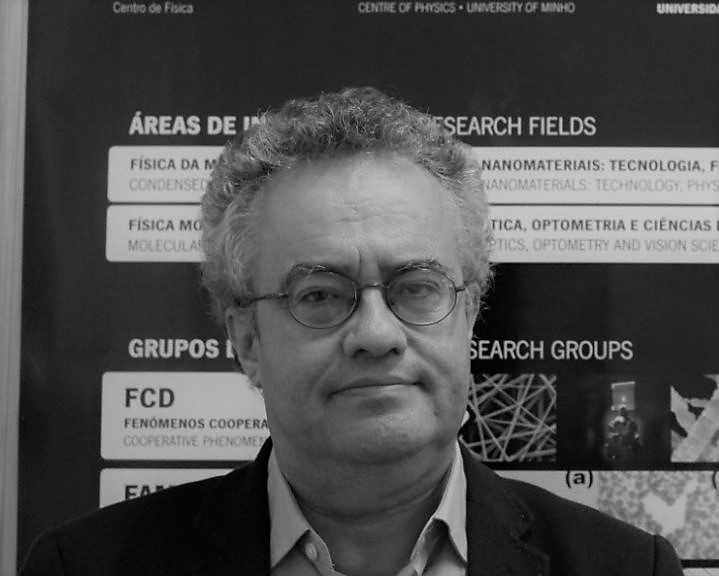 Received his PhD in Physics from the University of Copenhagen in 1986. Was in University of Évora from 1983 to 2001 as teaching assistant, assistant professor, associate professor and professor. From 2001 to the present has been a professor of Physics in the University of Minho. Visited for periods larger than one year the University of Copenhagen, Denmark; the Max Planck Institute for Condensed Matter Research, Stuttgart, Germany; the University of Illinois at Urbana Champaign, USA; CSIC, Madrid, Spain; NORDITA, Copenhagen, Denmark; MIT, USA; the University of Stuttgart, Germany. He has been a Von Humboldt Fellow (1990-91) and a Fulbright Fellow (2004-05). He is/was a Referee of both several funding agencies such as the Portuguese FCT; CSIC, Spain, FAPESP, Brazil; NSF, USA and of international scientific journals. Has co-organized more than 20 international conferences held in Portugal, Spain, Italy, and Hong Kong. His h index is presently 21. His research activity has been mostly developed in the area of low-dimensional condensed-matter correlated systems.